Save on Microsoft’s Xbox One S 1 TB with this official deal and added subscription offers.

Gamers can currently pick up a 1TB Microsoft Xbox One S and save up to 40% on  Xbox Live Gold membership.

The deal – from straight from Microsoft – includes a wireless controller, a one-month subscription to Xbox Game Pass along with a 14-day Xbox Live Gold membership. It also includes free standard delivery.

The One S may not be as powerful as those next-gen offerings but is still a fantastic piece of gaming hardware, offering 4K upscaling on 1080p games along with the ability to stream video in 4K from Prime Video, Netflix and YouTube. It also doubles up as a 4K Blu-ray player for those wanting to enjoy movies in glorious ultra-high definition. 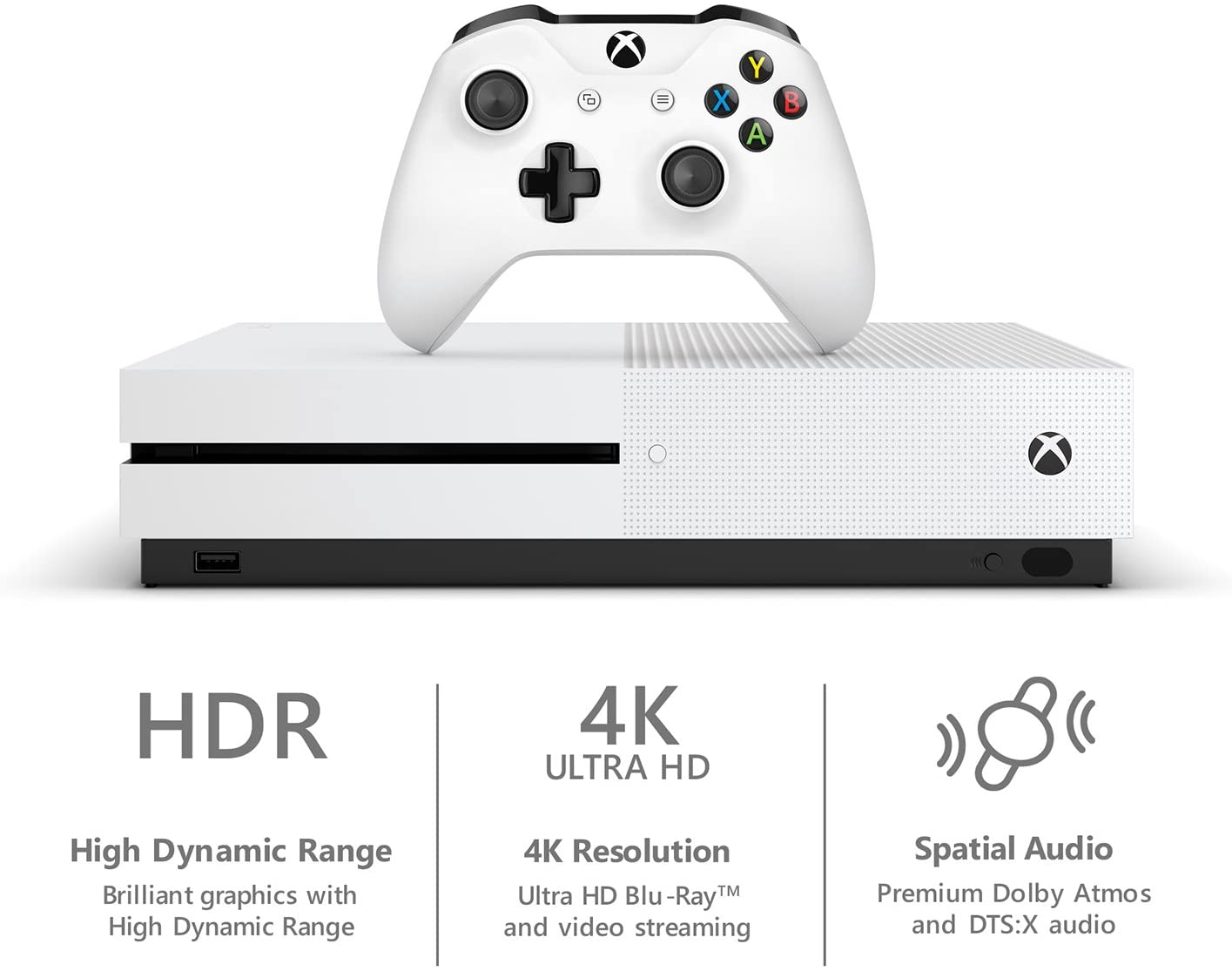 Xbox Live Gold enables you to play multiplayer games online and typically sets you back $10.95/mth or $29.95 for a three-month membership (saving you 9%). It also grants you access to between two and four free games every month (decided upon by Microsoft and including backwards compatible Xbox 360 titles) and discounts in the Microsoft store.

The Xbox Game Pass subscription provides access to a library of over 100 games that are available to play for free, including the latest entries into Xbox’s beloved Halo, Gears of War and Forza franchises, plus numerous other AAA titles such as Destiny 2, Doom Eternal and The Witcher 3: Wild Hunt. A full list of the games available via the Xbox Game Pass can be found here.

In addition to that wonderful array of games, Xbox Game Pass entitles you to up to 20% off selected games and up to 10% off game-related add-ons. Bought separately, the Xbox Games Pass costs $10.95/mth, while the Game Pass Ultimate, which includes Xbox Live Gold membership, is available for $15.95/mth. With both, you can get the first month for $1.

With short-term memberships to both services included in the deal, there is no better time to pick up a Microsoft Xbox One S, especially if you missed out on preordering a next-gen system.