A magnificent laptop with a wonderful display – the perfect laptop for professional photo editors.

The Dell XPS 17 is indicative of a slowly growing trend in the world of laptops. That is the return to popularity of the large-screened desktop replacement, after several years of absence.

Championed by machines like the LG Gram 17, the Razer Blade Pro 17in, the Apple MacBook Pro 16in – and now the Dell XPS 17 – this new genre eschews the chunky stylings of the deskbound monsters of old, shaving off pounds to deliver big on-screen space while maintaining the sleek chassis of modern laptops. 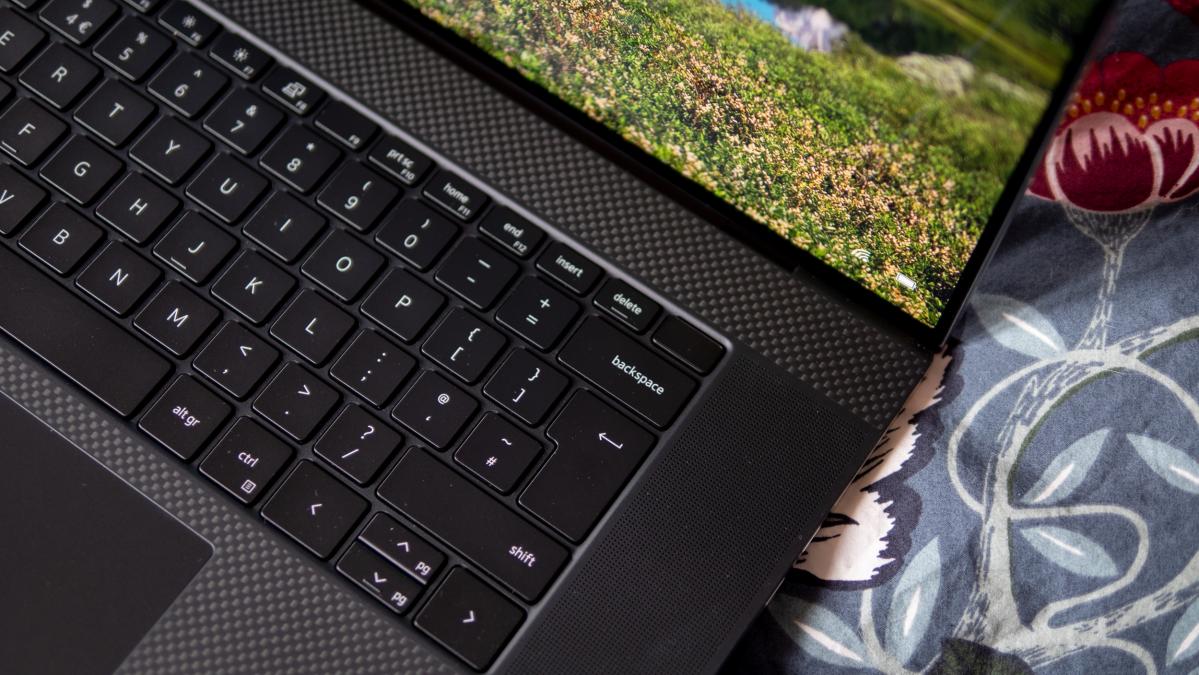 What you need to know

And so, while the Dell XPS 17 is certainly imposing when opened, its slimline body means it’ll still fit in most large laptop bags. It’s still quite heavy at 2.1kg, but it isn’t in the same league as most of the workstation or desktop replacements of yesteryear.

The laptop comes with a frankly enormous 17in display and, in typical XPS style, this delivers a mind-boggling 93.7% screen-to-chassis ratio. Essentially, the screen almost completely fills the lid leaving only very slim bezels surrounding it. 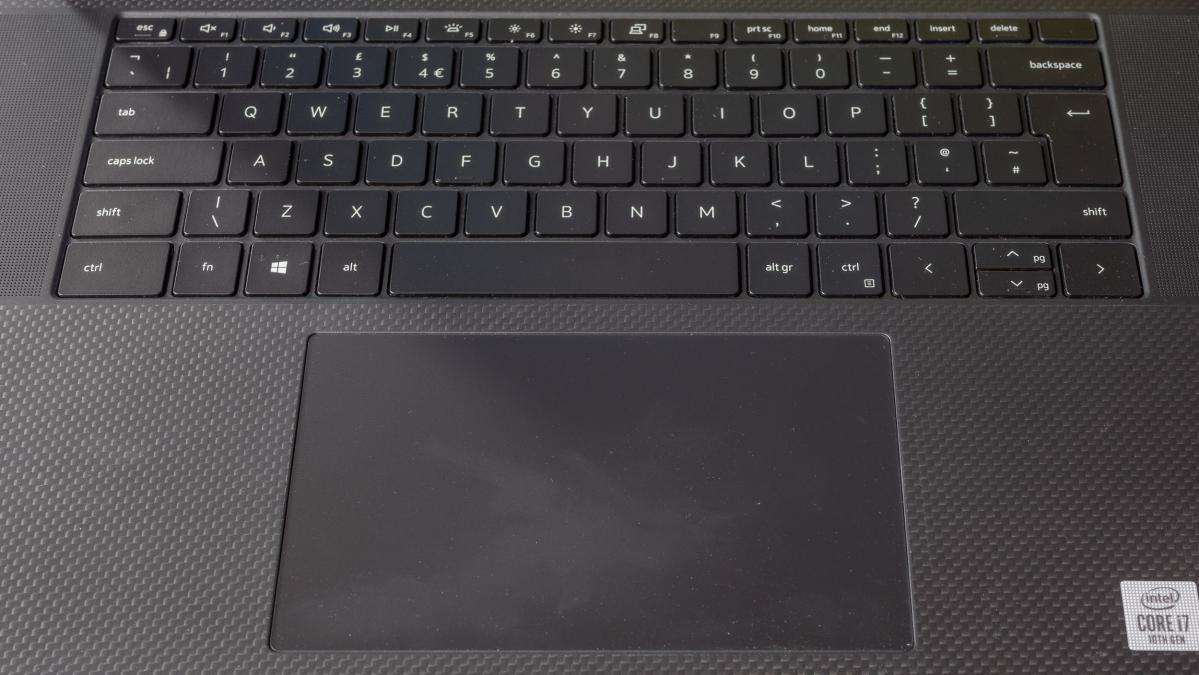 As you’d expect, the Dell XPS 17 is also available in a variety of different specifications. You can’t buy it with the latest 11th Gen Intel chips just yet but there’s a choice of 10th Gen i7 and i9 CPUs, along with discrete Nvidia GeForce GTX 1650 Ti (4GB GDDR6) or Nvidia GeForce RTX 2060 (6GB GDDR6) graphics.

Memory and storage configurations, meanwhile, run from the most basic 16GB to 32GB of RAM and 512GB to 1TB SSDs. 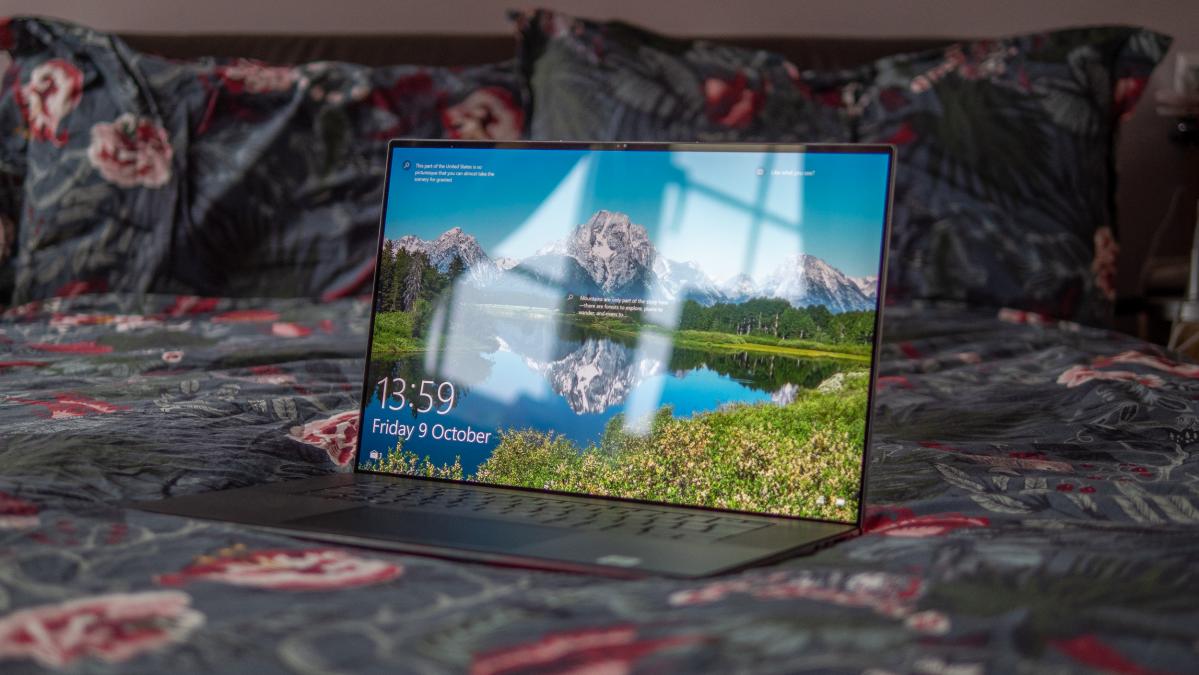 How does this stack up against the competition? It’s actually pretty good value when you look closely. On the Windows side of things, you can go for the LG Gram 17 (2020), which weighs even less than the Dell and costs significantly less, too, but employs the lower-power, much slower Core i7-1065G7 or Core i5-1035G7 CPUs.

The Apple MacBook Pro 16in is the more appropriate comparison, since it’s available with comparably powerful internals. Prices are higher than the Dell though and are also higher, spec for spec – the equivalent to my review model in Apple trim will set you back around $900 more.

Then you have workstations or gaming machines like the Razer Blade Pro 17 (2020). The Razer is a great laptop and similarly slim and stylish but, again, there’s no cheaper spec version, with prices starting at $4899 and rising to much more for a model with an Intel Core i7-10875H, 4K 120Hz screen, 16GB of RAM and an Nvidia GeForce RTX 2080 Super GPU.

The Dell XPS 17 certainly matches its rivals in terms of style. In fact, it’s very much like an XPS 13 in appearance, just much, much bigger. It has the same black carbon-fibre interior, gleaming “platinum” finish edges and matte silver exterior, as well as a similar wedge-shaped profile. 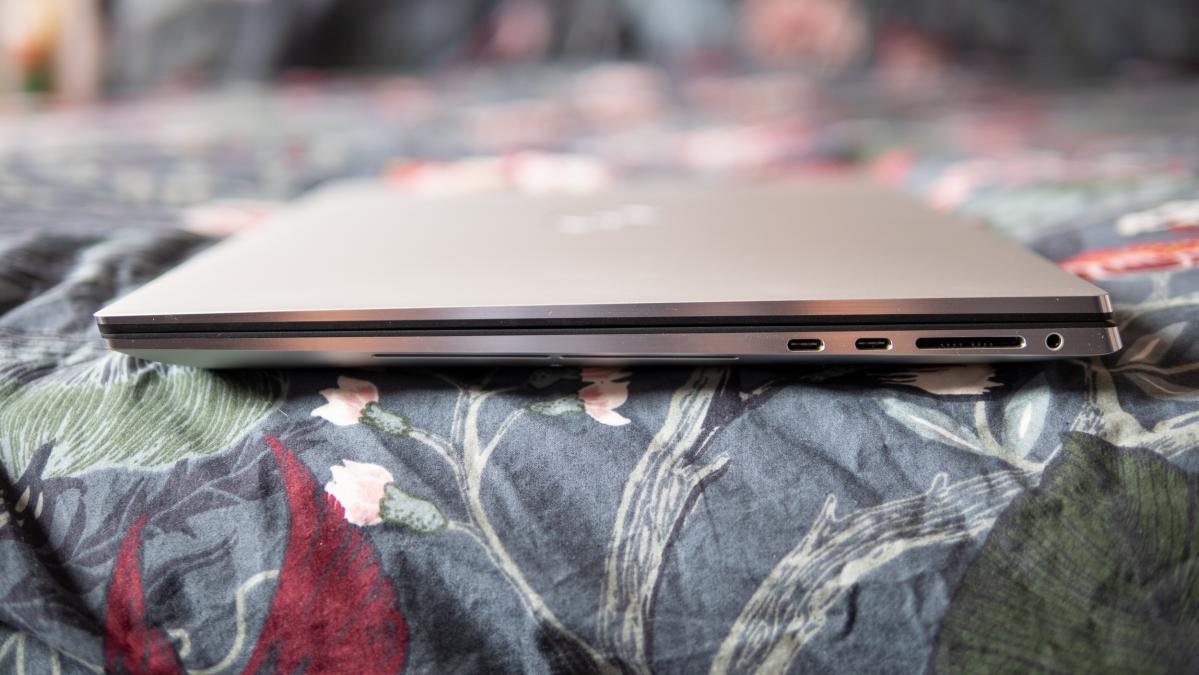 Build quality, on the other hand, is beyond reproach. With a stiff metal lid that feels strong enough to protect the screen from the worst possible mishaps and a rigid, unyielding base that provides a solid foundation for the keyboard and touchpad, the XPS 17 appears to be extremely well knitted together.

The ergonomics are pretty solid, too. The three-stage backlit keyboard is as comfortable as they come, with square, Scrabble-style keys and a quiet, crisp, well-damped action. The layout is largely sensible, too, the only cause for slight concern being that the fingerprint reader/power button nudges the Delete key inwards by a centimetre or so.

The touchpad is just as good. It’s absolutely huge, measuring 150 x 90mm and it works perfectly for both general mousing and multitouch gestures. 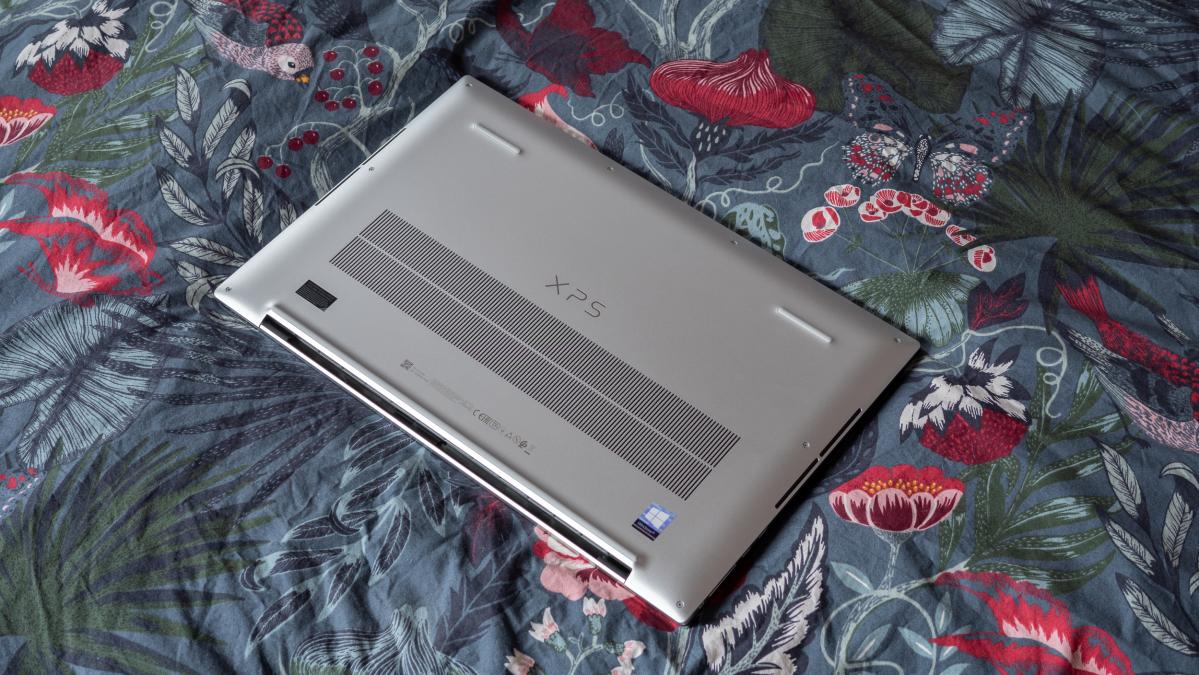 Meanwhile, the large, upward-firing speakers on either side of that keyboard deliver audio with enough body to convince you that you don’t need to wear headphones all day. Well, not for podcasts and video calls, anyway. I’m slightly less enamoured of the noisy 720p webcam, but it is at least Windows Hello compatible so you can use it to log in with your face.

There are some irritations. Despite all the acres of space around the edges, the selection of physical ports and connections is fairly limited. There’s a couple of Thunderbolt 3 USB-C connections on either side, a full-sized SD card slot, a 3.5mm headset jack and that’s your lot. There’s enough space for a legacy USB-A port or two as well as an HDMI output so why not include them?

Largely, though, the XPS 17’s physicals are pretty sound and, if the lack of ports is a hard thing to swallow, you do have the recompense of that wonderfully large 17in screen. The display option on test here is the 3840 x 2600 IPS touchscreen and, while I can’t speak for the 1080p model, this one is a real beauty.

It’s a wide gamut screen that’s capable of producing 159.1% of the sRGB colour space, which is equivalent to 109.6% of Adobe RGB by volume. It reaches peak brightness of 503cd/m² and an astonishing contrast ratio of 1901:1. 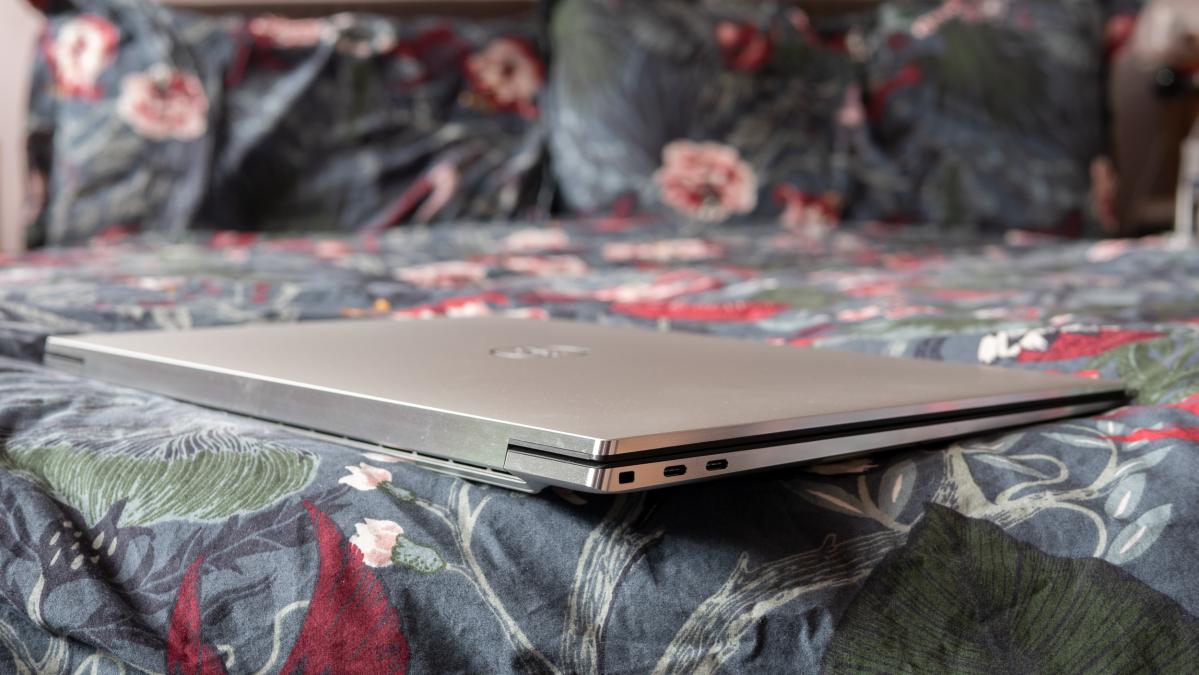 It has all the credentials of a top-class laptop display when measured it, too. Testing against AdobeRGB, since that’s the colour space the display has been calibrated to, the measured average Delta E colour difference figure reached as low as 1.29 in our tests, indicating this is a fabulous display for editing your high-resolution RAW photos on.

The one fly in the ointment is that, despite its Dolby Vision accreditation, you’re not really going to experience any kind of serious HDR effect when watching movies on the screen as there’s no kind of local dimming. 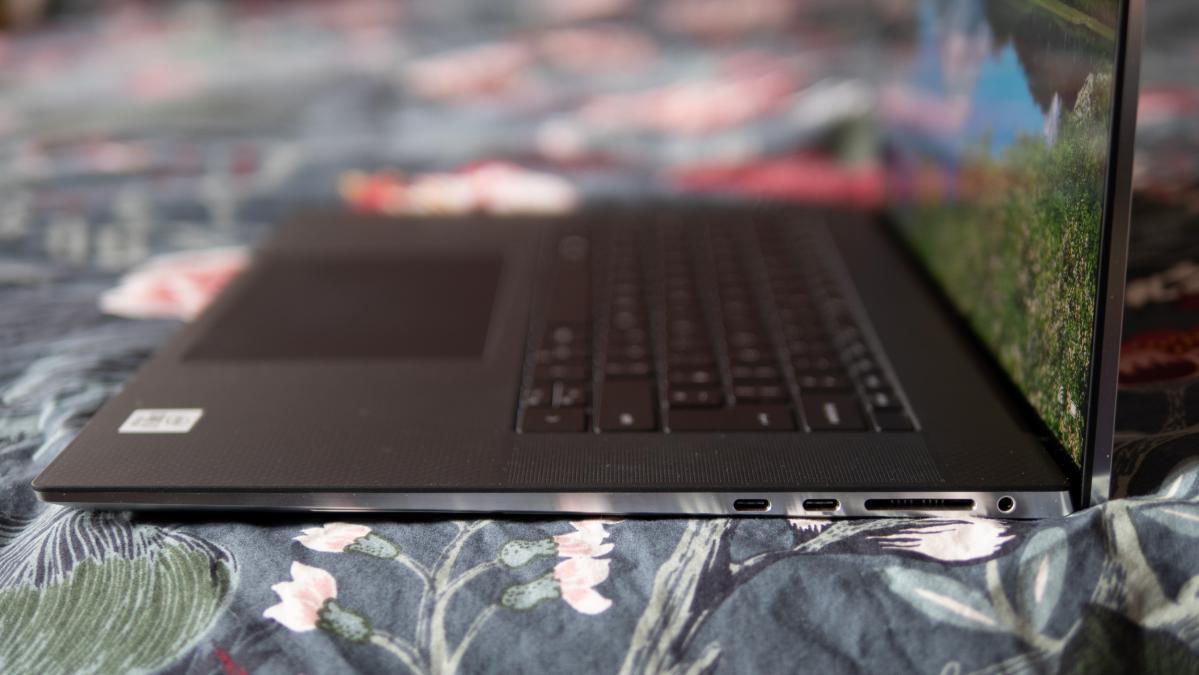 A bit of fiddling with settings in the Intel Graphics Command Centre and a couple of reboots seemed to succeed in disabling this but there’s no obvious setting you need to flip – I just happened to stumble on a fix through trial and error.

If that’s an irritating glitch, then thankfully performance is actually pretty darned good, which is what you’d expect from a laptop with Intel’s octa-core, HyperThreaded 2.3GHz Core i7-10875H onboard. Here, it’s backed up by 16GB of RAM and a 1TB PCIe SSD and the performance numbers are great – it’s slower than the MacBook Pro 16in with the 9th Gen, octa-core Core i9 but not by much. 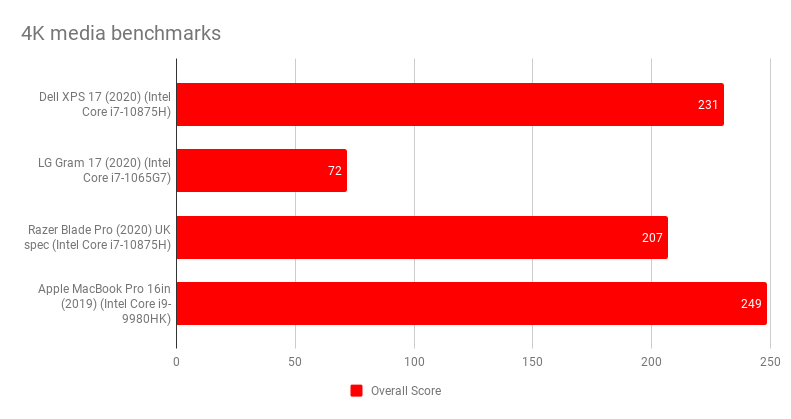 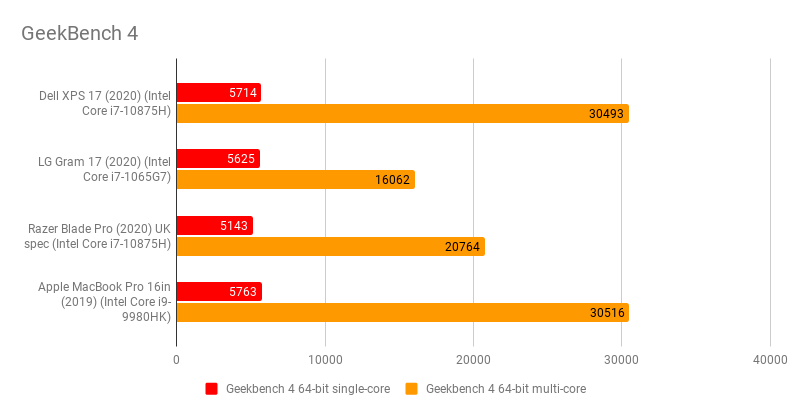 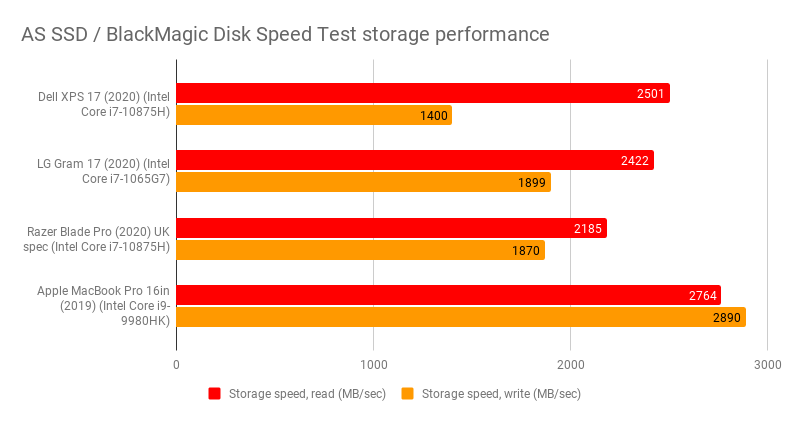 Not only that, but it’s a halfway decent gaming machine, as the numbers returned in our usual gaming tests show, although it is slightly limiting that both the touch and non-touch screens are only 60Hz, restricting real frame rates to 60fps or below.

Even battery life isn’t all that bad for a big machine such as this, with the Dell XPS 17 lasting 7hrs 47mins in our video rundown test with the brightness of the screen set to 170cd/m² and flight mode engaged. Looking at the graph below, you can see it bests the MacBook Pro 16in and the Razer Blade Pro in terms of stamina but falls behind the lighter LG Gram, which is understandable given that machine’s comparable lack of performance: 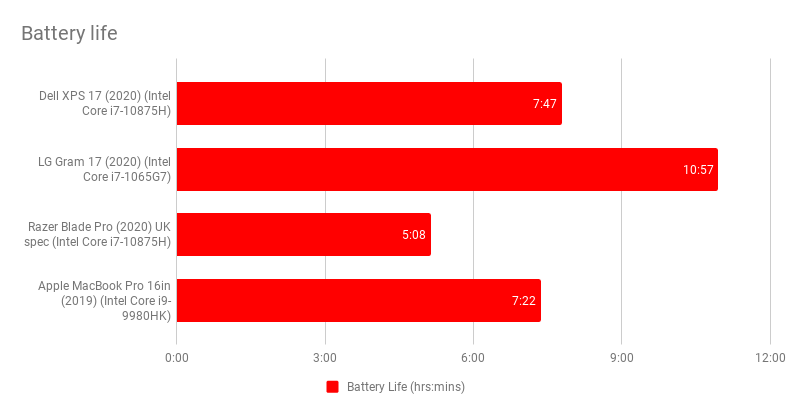 The Dell XPS 17 has its foibles, no doubt. It’s not as light as you might expect given its slim profile and I would have liked some more legacy ports, too.

However, in general, this is a very serious laptop at a seriously tempting price. It has a huge display that’s perfect for professional-level photo editing, it’s slim enough to drop into most 15in laptop bags and you can even play AAA games on it thanks to the Nvidia GeForce RTX 2060 GPU

All in all, it’s a worthy competitor to the MacBook Pro 16in for Windows 10 users, represents better value for money, and the fact you can buy even cheaper configurations is an added bonus.