Microsoft’s heavily rumoured Surface Laptop Go is official. Announced via a humble blog post, the new ultraportable arrives alongside an updated Surface Pro X, a high-end 2-in-1 packing the latest Microsoft SQ2 processor. While premium tablet-laptop hybrids are lovely, however, the Surface Laptop Go is the real star of the show here, for one simple reason: its price tag.

It’s a little smaller than the Surface Laptop 3, however, with a 12.4in PixelSense touchscreen display (rather than 13.5in or 15in). It’s tough to say right now but we’re hoping the keyboard and trackpad have been lifted directly from the standard laptop since they’re both great to use. 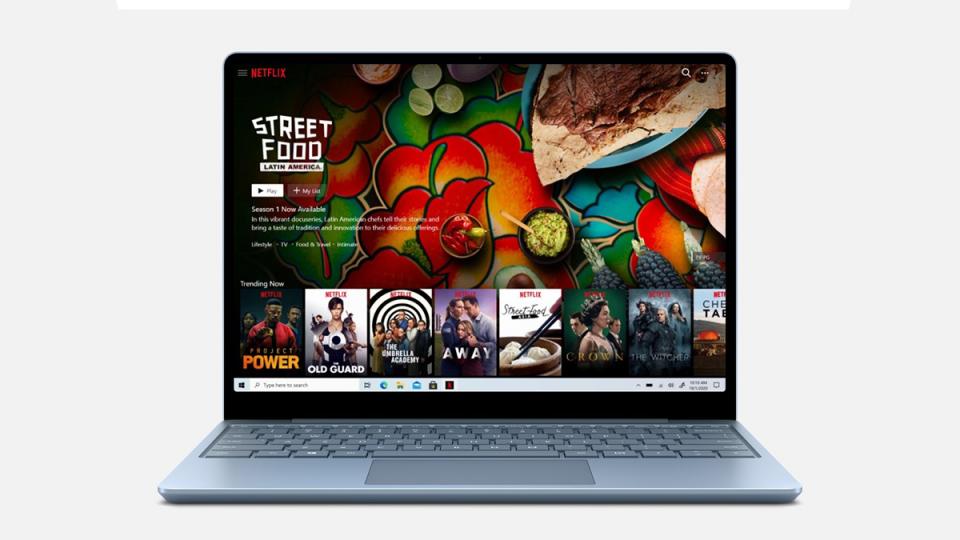 According to Microsoft, the Surface Laptop Go has an “all-day battery life”, which in terms of cold, hard facts actually means the laptop will last roughly 13 hours before needing a top-up. The 12.4in PixelSense display on the new Surface Laptop Go has a resolution of 1536 x 1034, and a pixel density of 148ppi – unsurprisingly less impressive than the full-fat Surface Laptops.

One thing that Microsoft didn’t hide behind marketing fluff is that the Surface Laptop Go has both USB-C and USB-A ports, plus the same magnetic charger as the Surface Laptop 3. Intriguingly, it also has a fingerprint sensor embedded in the power button, meaning you now have the option of signing in via password, facial recognition or fingerprint.

The Surface Laptop Go comes in three colours: Ice Blue, Sandstone and Platinum. Currently, the minimum specification model (4GB/64GB) only comes in Platinum. Microsoft also says that the fingerprint sensor will only be available on select models, which we take to mean the two more expensive configurations.

The good news is, you can preorder one right now from the Microsoft store.