Philips has just unveiled its full range of 2021 TVs, and there’s good news for both OLED enthusiasts and those tempted by Mini LED technology.

Otherwise, they seem the same, with both supporting HDR10+, HLG and Dolby Vision, with a 50W 2.1 sound system and DTS Play-Fi support. They run Android TV and, crucially for gamers, they improve on last year’s models by including HDMI 2.1 support, which means variable refresh rate (VRR) and the potential of 4K at 120Hz, theoretically unlocking 120fps gameplay on console (though this is a pretty tall order, even for the high-tech hardware of the Xbox Series X and PS5.)

For those wary of the dreaded OLED burn-in threat, Philips is introducing new “anti-burn technology” in this year’s sets. This automatically detects static areas of the screen that are especially vulnerable (news logos, or the scoreboard on a live match for example) and reduces the intensity of the local light output to avoid burn-in “without compromising the output of other parts of the screen.” 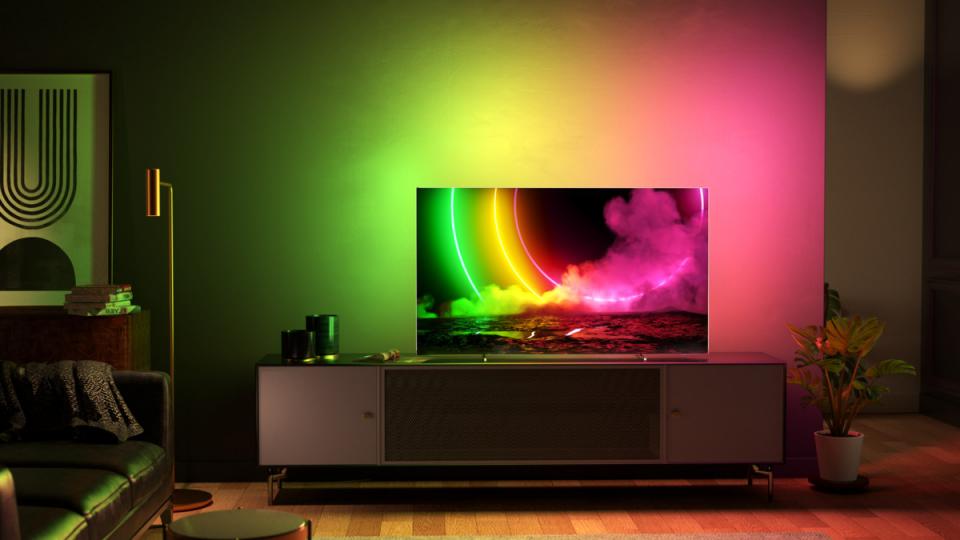 Another way of not worrying about the burn-in boogieman is to use a different type of screen technology, and Mini LED could be just the ticket. Debuting in Philips’ new 65in and 75in 9636 and 9506 models, Mini LED uses tens of thousands of miniature LEDs in the backlight to give you better contrast and brightness than standard LED-backlit LCD TVs.

The key difference between the Phlips 9636 and 9506 models is the former’s 3.1.2 sound system from Bowers & Wilkins. So if you already have your own sound system, you can probably stick with the 9506, as otherwise things look broadly the same. Both feature the same P5 AI processor as appears in the OLED sets, which offers advanced features such as film detection mode and ambient light optimisation of SD or HDR content. Both also include support for HDMI 2.1, so next-gen gamers can breathe a sigh of relief.