There are many new phones from Apple and Android, but these are the phones with the best cameras for taking great pictures.

What To Buy’s team tests hundreds of smartphones every year. From the most expensive flagships to the budget handsets you buy out of sheer necessity, we run a series of pretty rigorous benchmarks to make sure we’re as informed as possible. As a result, we’ve snapped test pictures with every single phone that comes through our doors, so we know exactly which phones have the best cameras for your Instagram food/pet/holiday pics.

If you’re keen on taking pictures or video with your phone, or you simply want to know that you’ve got a smartphone that’s great for taking holiday snaps, then you’re in the right place. Below, you’ll find our regularly updated list of the best phone cameras on the market, and a helpful camera buying guide.

How to buy the best phone camera for you

The first thing you need to be wary of is that megapixels aren’t everything. Pop into Carphone Warehouse and you’ll see the megapixel count listed next to the phone, but that isn’t the de facto indication of whether a smartphone’s camera is any good or not. Higher megapixels might look like a bonus, but it largely boils down to the tech inside.

The thing you need to look out for? Aperture. A number listed with an f/ in front of it might look a little confusing at first glance, but it says a lot about the camera you’re holding. An f/1.4 aperture is wider than an aperture of f/2.0 for instance, which means that the camera will let in a lot more light and thus, greater potential for detail.

Pixel and sensor size is just as important as that f-number. In short, the size of each individual pixel (measured in um) determines the quality of the image. Unlike aperture, bigger is better when it comes to pixel and sensor size. Got a big camera sensor? More information can be gathered, accruing better dynamic range and reduced visual noise, while a bigger pixel size lets more light in, performing better in low-light.

The best phone cameras in 2021 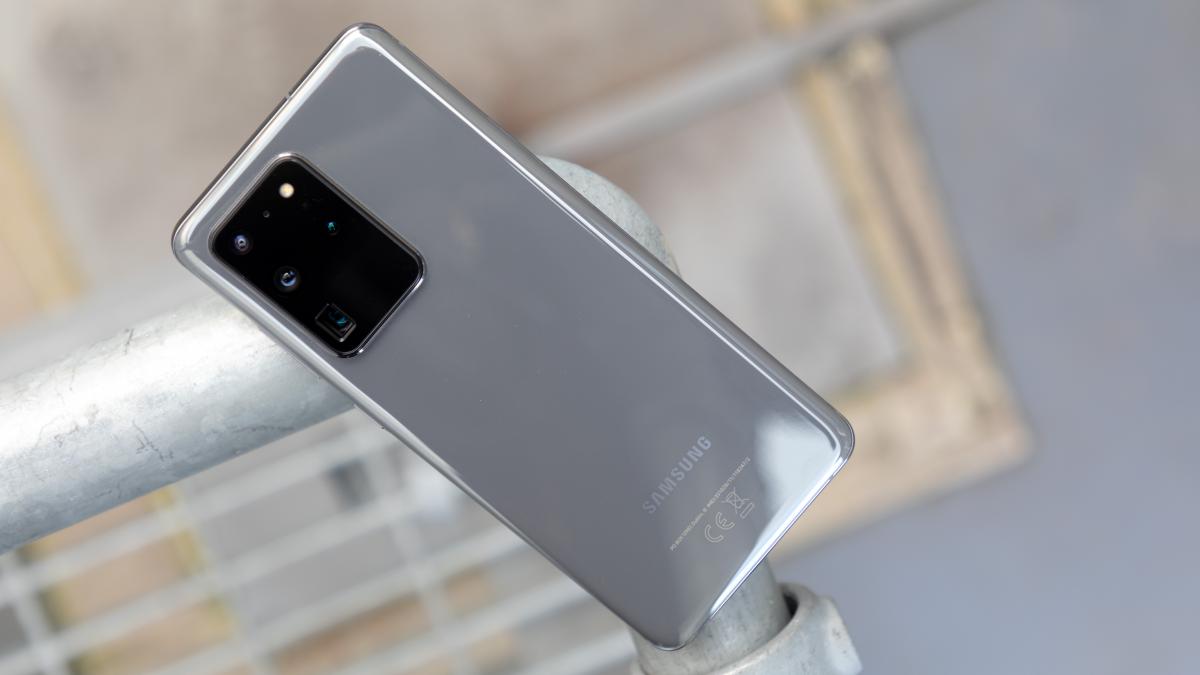 Outrageously expensive, the Galaxy S20 Ultra’s camera offering is the best we’ve ever come across. It might be a bit of an ugly duckling (and costs well into four figures) but the S20 Ultra’s camera specifications are second to none, spearheaded by a 108-megapixel (f/1.8) camera. Until recently, you’d need to spend a lot on a proper camera with a 100MP sensor, so to have a high-megapixel-count camera on a smartphone is truly impressive, no matter how much it costs.

With more megapixels comes greater potential for detail capture, of course, and in this area, the Galaxy S20 Ultra stands unopposed. Detail-rich with sublime colour rendition, the S20 Ultra’s main shooter rarely disappoints. The other suite of cameras also impress: the 100x hybrid zoom magnification – not offered by any other camera – on the 48-megapixel periscope zoom camera is yet another highlight.

The Galaxy S20 Ultra is also the first (and only) smartphone to record 8K resolution video. You need an expensive 8K TV to view it, the file sizes are gigantic, and you can’t shoot stabilised at this resolution, but where it counts it’s nice to see that 8K resolution recording is making its way to smartphone cameras. If you have the funds (or can wait a few months for it to drop in price), then the Galaxy S20 Ultra is the flagship you should be buying. 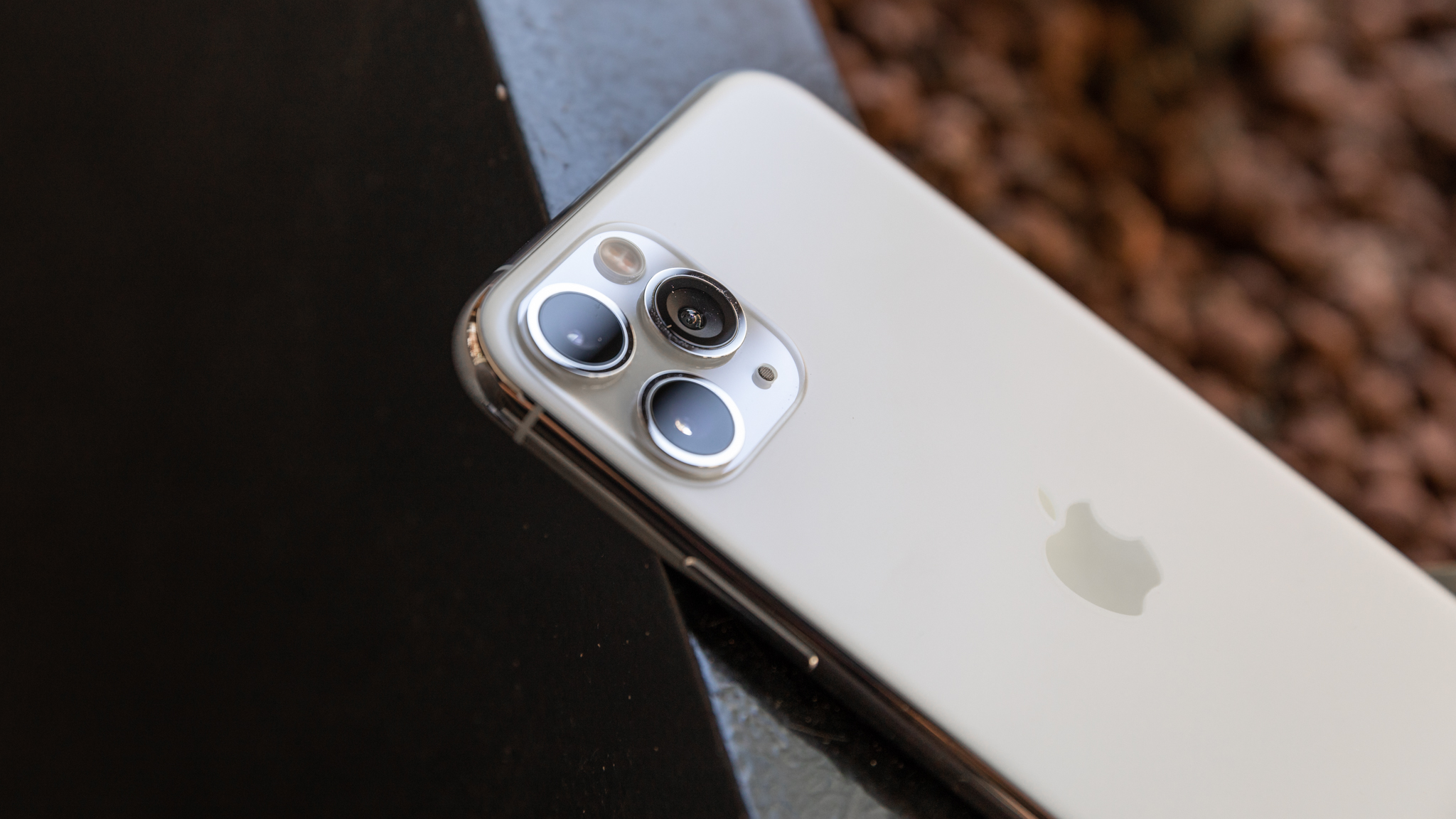 Apple’s iPhone 11 Pro is the most expensive phone on the list – and one of the priciest phones ever released for that matter – but it does a mighty fine job of taking reliable photos and crisp, steady 4K video at 60fps.

While still image quality is excellent – with the 11 Pro building on Apple’s excellent portrait mode – the best thing is the iPhone 11 Pro’s video capabilities. Capturing footage at 4K resolution at a maximum framerate of 60fps, no other smartphone’s video efforts come close when it comes to this level of quality. It’s absurdly expensive, but that’s the sky-high price you pay for excellent-quality video on-the-go. 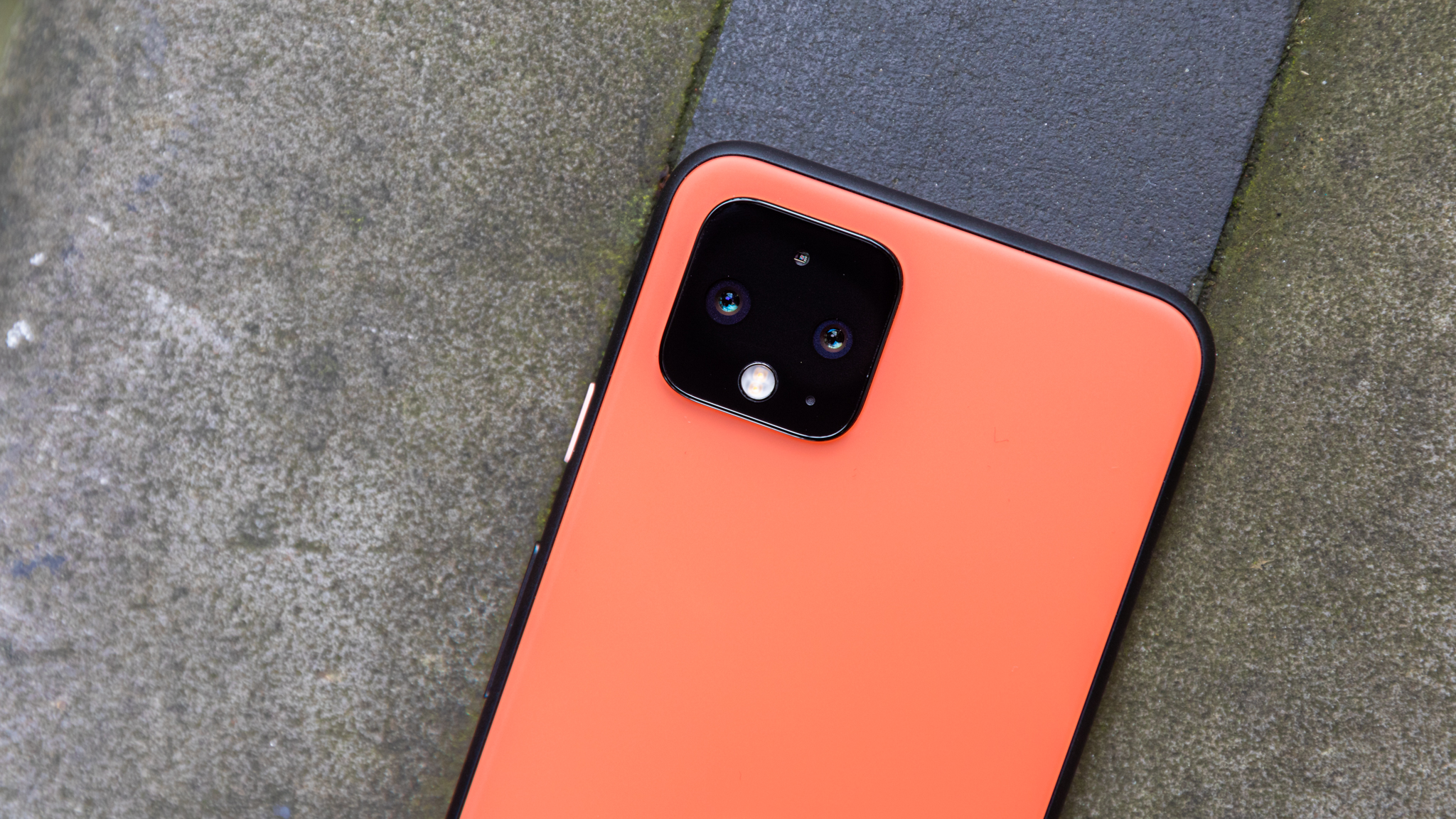 The Pixel 4’s wide aperture is well suited for low-light photography and in good light, the Pixel 4 produced pictures with superb dynamic range and colour saturation, while the white balance was nice and accurate. And with Google improving the performance of its HDR+ processing algorithms, it’s quicker to capture images as well.

This is boosted by a new 16-megapixel 2x telephoto zoom camera. However, this isn’t particularly special – it simply allows you to zoom further into the frame. Besides, most phone makers have incorporated zoom lenses into its flagship portfolios for some time now. It’s mostly just a neat extra but offers little of value.

Regardless, the Pixel really does set a brand new smartphone photography benchmark, distancing itself even further from its predecessor, but what truly makes this phone stand out is its portrait mode capabilities. Whether you use the front- or rear-facing camera, every portrait shot is captured beautifully, with nicely-blurred backgrounds and crisp, definable edges around the subject. The Pixel 4 offers the best camera for your Instagram vanity shots. 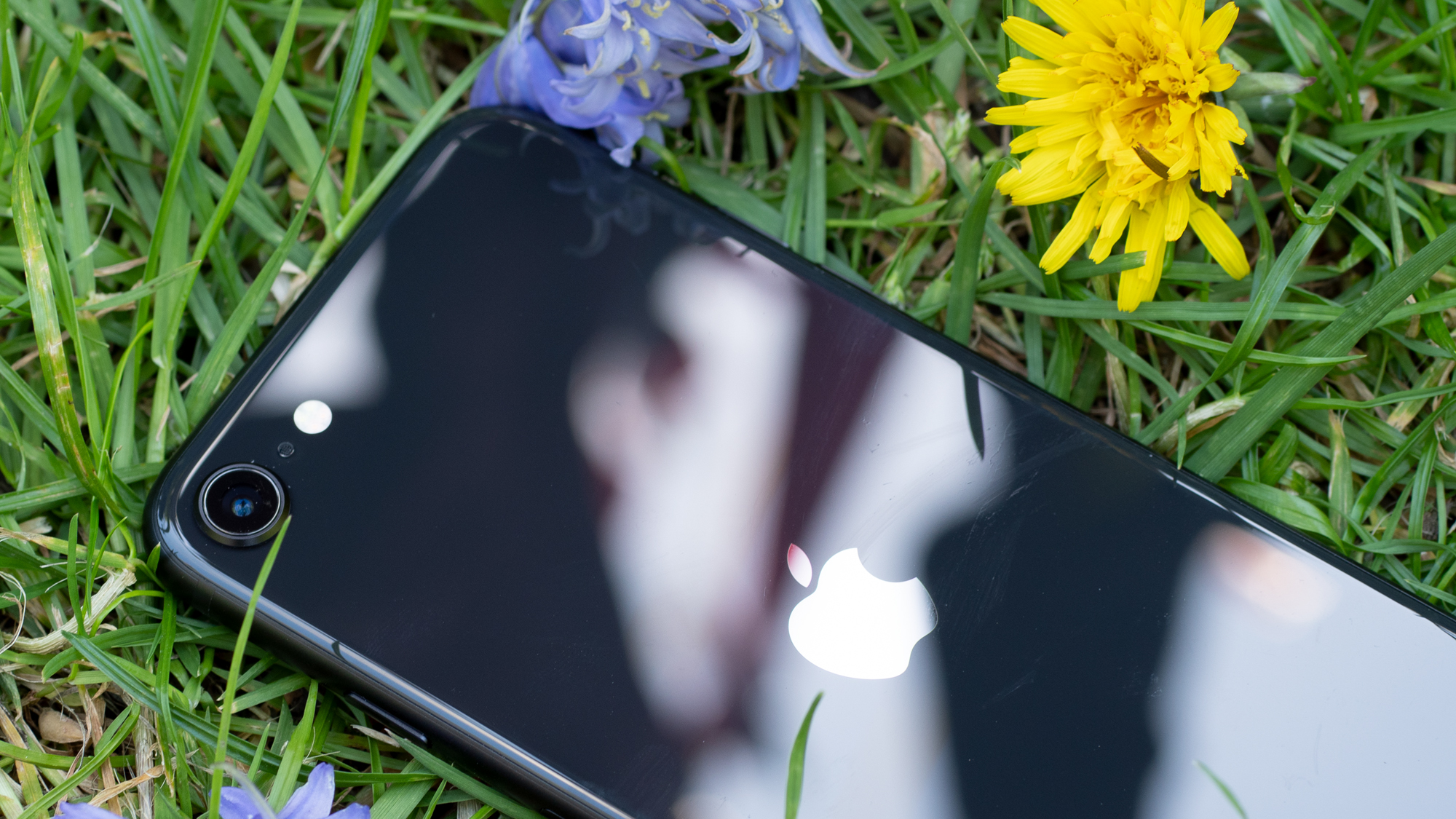 Apple might prefer its customers to spend more on the iPhone 11, but the lower asking price of the new iPhone SE (2020) is well worth a look when it comes to the camera department. Powered by the same top-end chipset as Apple’s flagships – the A13 Bionic – the iPhone SE may only be fitted with a single 12-megapixel rear camera, but image quality is much improved over the original model, which released in 2016.

It lacks the Deep Fusion low-light mode and night mode of the iPhone 11, but the photos we’ve managed to capture with the iPhone SE have been very good across the board. Once more, Apple’s portrait mode brings out the very best of the 12-megapixel sensor, with crisp details and a rich palette of colours. In low-light, in fact, the iPhone SE surprisingly holds its own against the iPhone 11 Pro Max, too. The A13 Bionic also allows for more even exposure levels, with the use of Smart HDR, and you can also record crisp video at 60fps.

In short, little comes close to the iPhone SE at this price. Despite the lack of ultra-wide-angle and zoom options, the new iPhone SE’s camera is astonishingly capable. 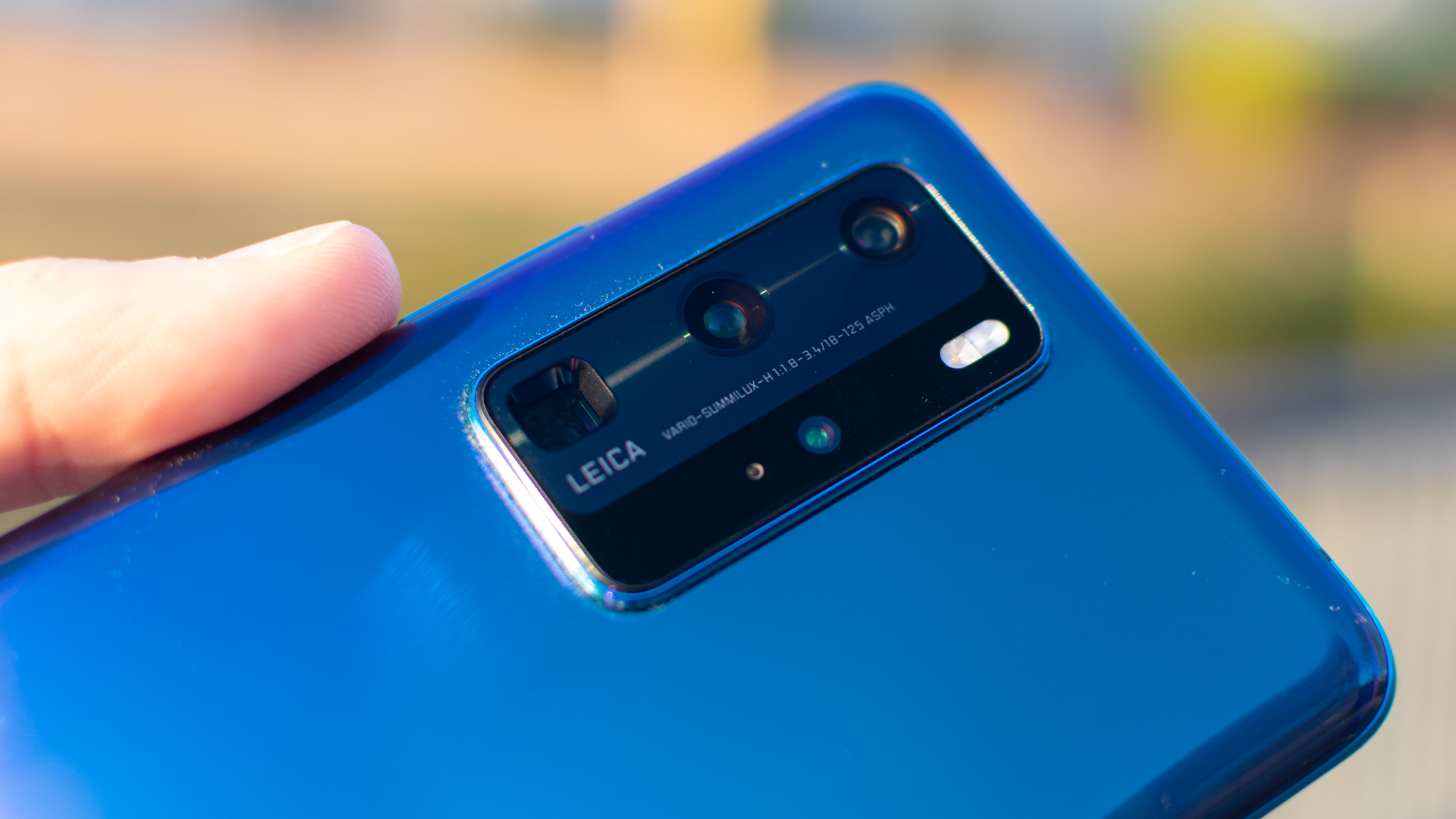 Huawei’s P40 Pro has a rather unusual quadruple-camera arrangement. The optically-stabilised 50-megapixel RYYB camera is capable of capturing images with greater dynamic range than ever before, with less visual noise. This works with a – frankly rather excellent – 40-megapixel wide-angle lens, which shoots at the full-frame camera equivalent focal length of 18mm, which means you can shoot large groups of people from up close without using panorama mode.

The third camera – a 12-megapixel 5x telephoto lens (125mm equivalent focal length) – adds optical zoom to stunning effect. Notably, the fourth lens is just a depth-sensing unit. No matter the lighting conditions, the P40 Pro’s triple cameras are perfectly capable of capturing intricate details such as wispy cloud layers, far off brickwork and puddle reflections with ease – this is a wonderfully versatile smartphone camera setup albeit, with a sky-high asking price, and the absence of Google Play Services is a real bummer. 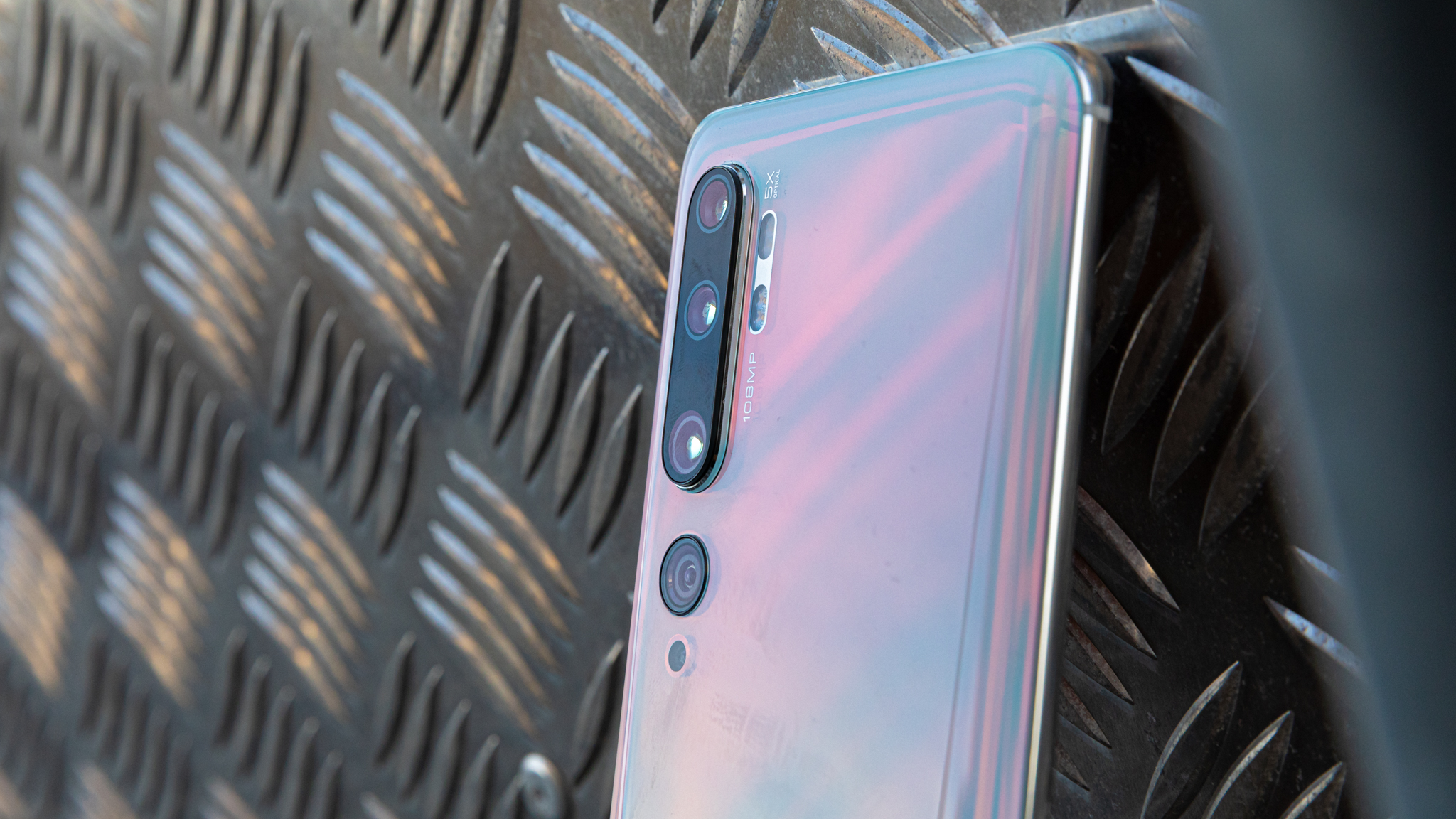 Xiaomi may not yet be a household name, but the Chinese manufacturer is quietly gaining praise as a well-priced option for wallets that aren’t overflowing with banknotes. For less than half the price of an iPhone 11 Pro, you can pick up the Xiaomi Mi Note 10 instead, and you’ll have a much better experience than you were possibly expecting.

Why so? Well, the Mi Note 10 is the very first smartphone to include a 108-megapixel camera. At that price, this is a frankly bonkers move, and while I did mention earlier that megapixels aren’t everything, the Mi Note 10’s photographic capabilities are simply astonishing. No other phone camera on the market is capable of squeezing this level of detail in images – just take a look at the test shots in my review, and you’ll see what I mean. If you’re craving detail-rich shots that look just as good (if not better) than Apple’s equivalents, then look no further. 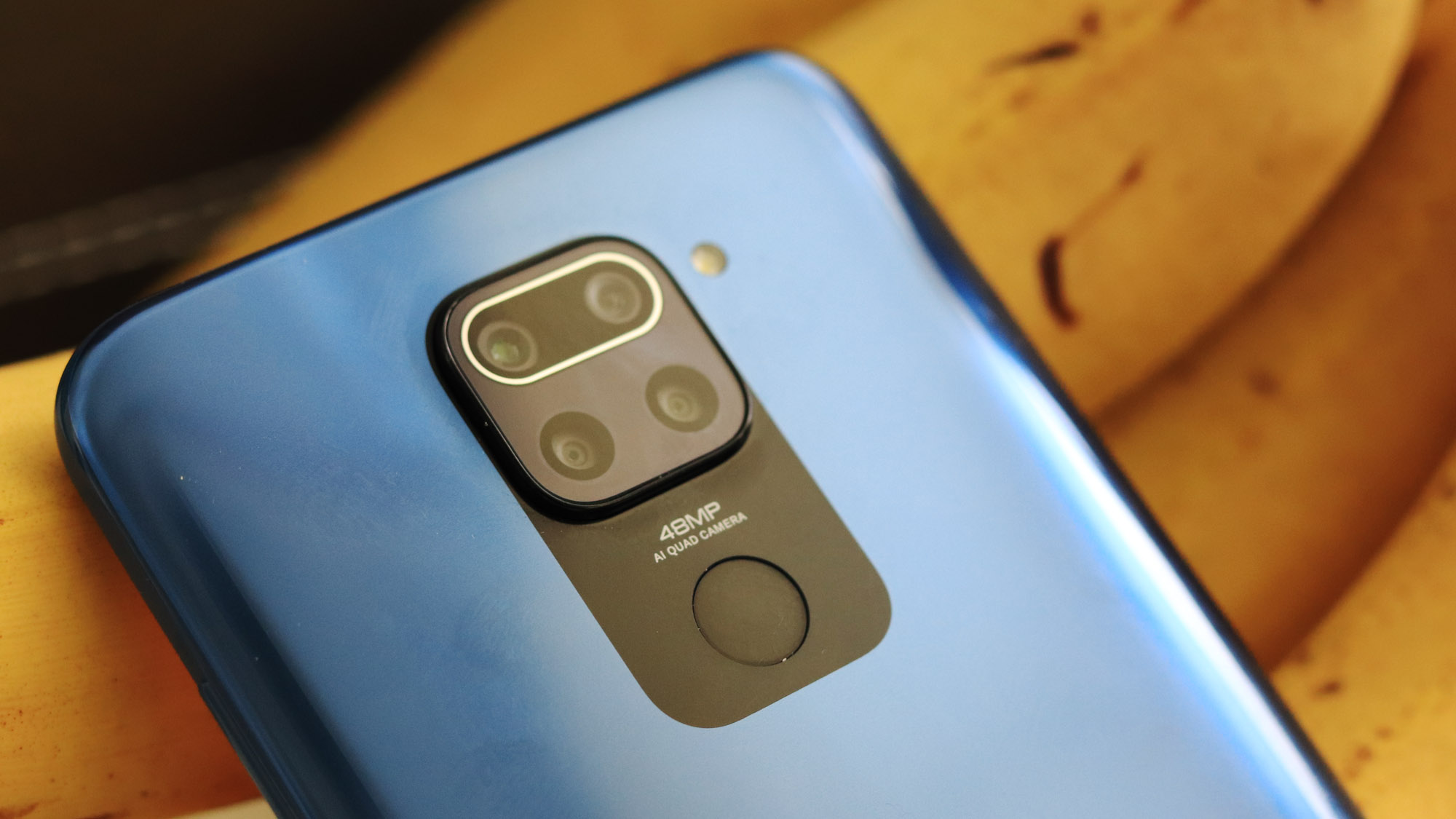 Xiaomi continues its reign of technical wizardry with the release of the Redmi Note 9. Somehow, Xiaomi has managed to launch a budget phone with a massive 48-megapixel camera, which is something that’s frankly astounding for a phone this cheap, and it really impressed in testing.

For a mere fraction of what the most recent iPhone costs, this is a phone that manages to hold its own under scrutiny, taking Instagram-worthy pictures in a wide variety of lighting conditions and environments. It doesn’t do quite so well as the sun sets, however, but at only $239 the Redmi Note 9 barely manages to place a foot wrong.